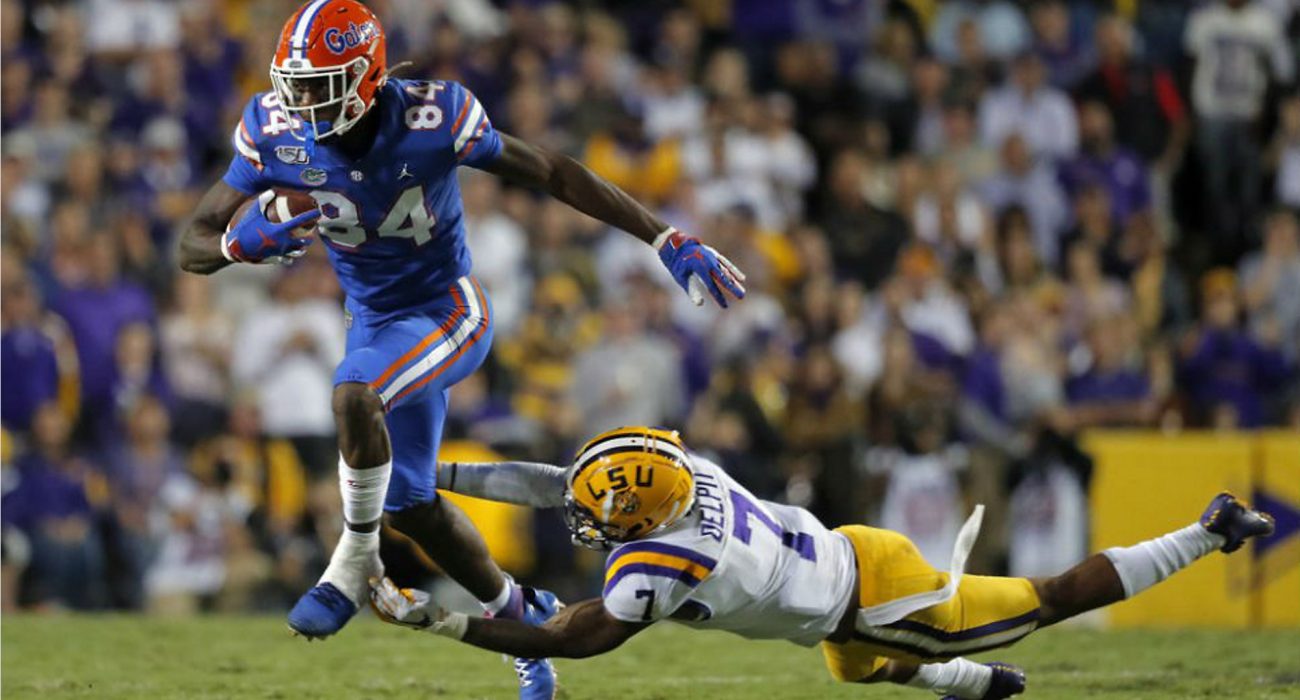 The 2019 college football season is flying by, and week eight is quickly approaching. The race to reach the College Football Playoff is starting to heat up, as are conference races across the country. There aren’t a lot of top-25 matchups on the schedule this weekend, but there are some terrific betting opportunities.

Let’s take a look at the top three bets for week eight of the college football season. A betting pick and prediction is provided for each of the three games below.

South Carolina stunned the Georgia Bulldogs last weekend, and they will have another top-10 opponent facing them this weekend. The No. 9 Florida Gators will be coming to town, and they will be trying to bounce back after a tough loss to the No. 2 LSU Tigers in week seven. If you are a fan of hard-hitting defenses, then this is the game that you will want to watch.

Florida quarterback Kyle Trask played well in the loss at LSU last Saturday night, but the Gators’ vaunted defense gave up a ton of points to the Tigers. Florida has allowed just 14.1 points per game this season, but it was exposed in several areas in that loss. The Gators will be looking to hand the ball to Lamical Perine in hopes that he can establish the running game.

South Carolina did almost everything right in its win over No. 10 Georgia, including limiting the Bulldogs to just 17 points. The Gamecocks have given up close to 23 points per game this season, but they stepped it up in that game. Quarterback Ryan Hilinski comes into this game a little banged up, and that will hurt South Carolina in this game.

Bet the Florida Gators -6.0 over the South Carolina Gamecocks in this game.

No. 12 Oregon lost its season opener to Auburn, but it has been on a roll ever since that game. The Ducks have not exactly been dominant in all of their wins, but they come into this game with a record of 6-1. No. 25 Washington has had an up-and-down season and is just 2-2 so far in Pac-12 Conference play.

Quarterback Justin Herbert is one of the best in the country for Oregon, and he is having a solid season. Herbert has thrown for over 1,600 yards, and Washington will have to find a way to slow him down.

The real story for Oregon has been their defense, as that unit is allowing just over eight points per game. The Ducks will blitz a ton, and they have a talented secondary filled with athletes.

Washington has been solid on defense this season as well, holding teams to less than 20 points per game. The Huskies rode their defense to a Pac-12 championship a season ago, but it has been their offense leading them this season.

Washington is averaging more than 34 points per game, and they have plenty of balance on offense. The Huskies will be trying to solve one of the best defenses in the country in this game.

This game should be tight throughout, but the defense of Oregon is just too good to bet against. Take the Oregon Ducks -3.0 over the Washington Huskies in this Pac-12 showdown.

The Big Ten Conference race is still wide open, but things will look a bit more clear after this game. No. 7 Penn State is hosting No. 16 Michigan on Saturday night, and this has the potential to be the best game of the weekend. Michigan is 3-1 so far in Big Ten play, while Penn State is a perfect 3-0.

Michigan quarterback Shea Patterson continues to struggle with accuracy, as he has completed just 57 percent of his passes this season. The Wolverines have been trying to run the ball more this season, and Zach Charbonnet will be a huge part of the game plan in this one.

Michigan will be facing a terrific defense, but it has some talent on offense. The Wolverines defense has played well at times, but they were gashed by the Wisconsin running game in their only loss of the season.

Penn State has been doing almost everything right all season long, and they are always tough to beat at home. The Nittany Lions are allowing just 8.2 points per game this season, and their offense is averaging 42.0 points per contest.

Penn State has all of the tools needed to win the Big Ten Conference this season, but this will be their toughest game to date.

Look for the Penn State defense to shut down Michigan, and the Nittany Lions are going to run away with this game. Bet Penn State -9.0 over Michigan in this Big Ten Conference matchup.