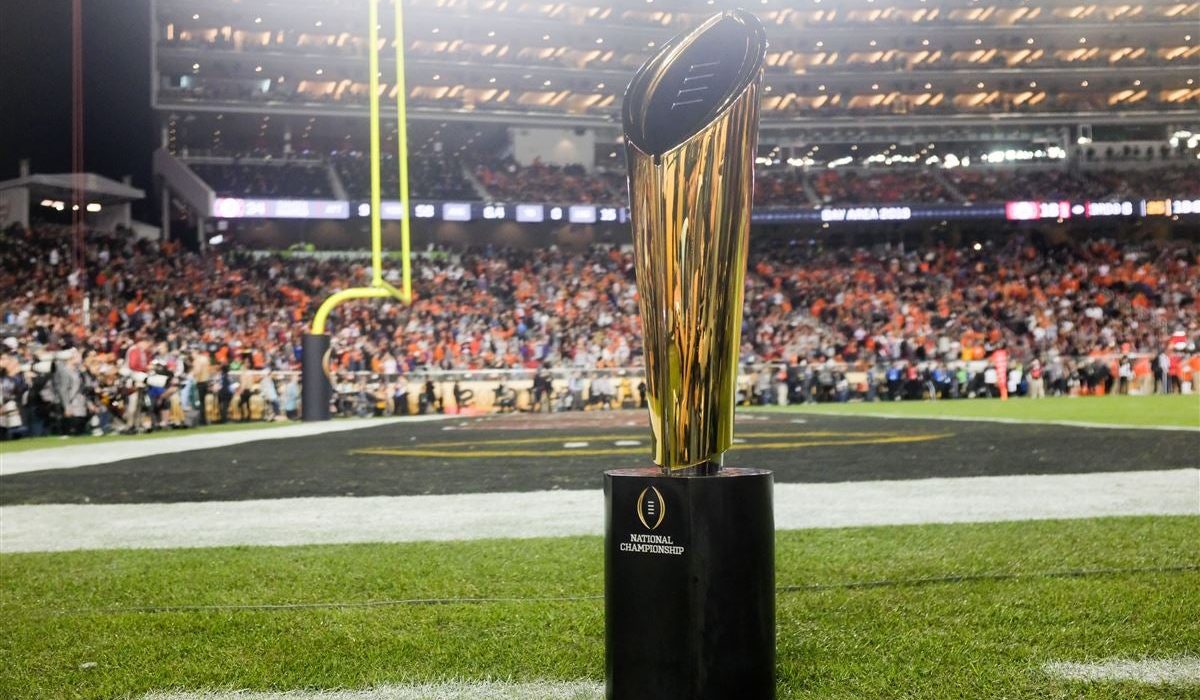 The College Football Playoff Championship is set to kick off on Monday night, and it should be one of the best games in a long time. The LSU Tigers will take on the Clemson Tigers in a battle that most college football fans have been longing to see.

Both teams are in the top 10 in scoring offense, and they both have loaded defenses full of NFL talent.

LSU and Clemson both come into this game with records of 14-0, and both teams were conference champions. LSU represents the Southeastern Conference, and Clemson represents the Atlantic Coast Conference. The LSU Tigers are six-point favorites over Clemson in the title game.

LSU quarterback Joe Burrow was the Heisman Trophy winner this season after throwing for over 5,000 yards and 55 touchdowns. Burrow set all kinds of records in the College Football Playoff semifinal win against Oklahoma.

The Tigers score over 48 points per game, and their defense gives up just 21 points per contest. LSU is solid on both sides of the ball, but its offense has been unstoppable all season long.

Clemson Defense Can Be Elite

Clemson gave up just 10.6 points per game during the regular season, and its defense can be disruptive in this game. The Tigers love to rotate their defensive linemen, and they can all cause some havoc when fresh.

Clemson did give up 23 points to Ohio State in the semifinals, but it got off to a bad start early. Quarterback Trevor Lawrence is viewed as a future star in the NFL, and he has the ability to throw for a big total in this game.

Offense Will Rule the Day

Even though these teams take pride in their defenses, this game is going to be a high-scoring affair that will be dominated by the offenses. Both quarterbacks look like future NFL stars, and they are going to pick apart the opposing defenses in this game.

The betting total is set at 69.5 points for this one, and it’s hard to see these two teams combining for fewer points than that. Both teams average more than 45 points per game, and they will both want to score in this game.

A Look at Prop Bets

There will be a number of prop bets available on this game, but here are a few of the early ones that we think you should take a look at.

Burrow averages close to 400 passing yards per game, but you have to think that LSU is going to run the ball a bit more in this game. The Heisman Trophy winner is capable of going over, but he likely won’t need to. Take the under 365.5 passing yards.

Clemson is going to be trailing in this game, and Lawrence will have to try to lead it back. The Tigers love to run the football, but they are going to need points in a hurry. Even though it won’t help them win the game, betting over 295.5 passing yards for Lawrence is the play.

The Clemson Tigers have not exactly been dominant throughout the 2019 season, but they have yet to lose a game. Clemson has the “it” factor, but that won’t really matter against LSU.

The LSU Tigers have been dominant all season long, and they are clearly the best team in the country. Clemson won’t give up, but it’s hard to see this game being close for very long.

The LSU Tigers are going to win this game, and taking them at -6.0 is the smart pick to make in the College Football Playoff Championship Game.