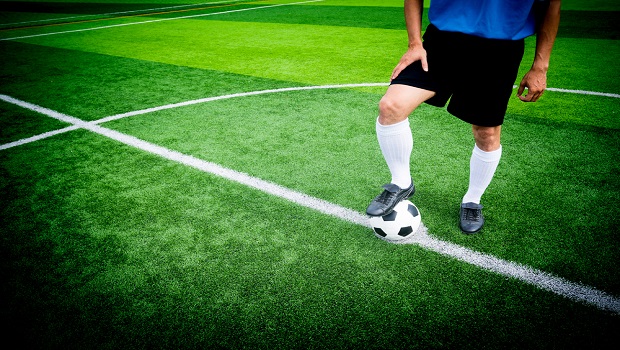 Our Top Picks for The Premier League Fixtures This Weekend 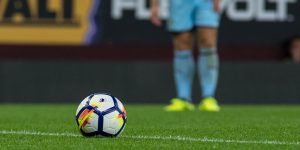 something of an unusual weekend as it is the final full weekend of games in the Premier League for a few weeks, due to the ‘winter break’ taking place over the next couple of weekends, staggered for teams in the top flight.

Of course, with FA Cup Fourth Round replays to play for many, some teams won’t get as much time off, which has been a cause of consternation for many in the division, including the leaders Liverpool who have said they will play an U23 team in their FA Cup Replay against Shrewsbury at Anfield over that period.

So before the winter break takes effect, let’s take a look ahead to the game taking place this weekend and of course, our tips on each of them.

If you fancy a bet on any of the games and you have not yet signed up with a reputable bookmaker to do precisely that then check out the current bet365 Sport New Customer Bonus on offer on the site. Not only will you get a great deal when you join, but you are joining a site with a massive choice of different sporting bets, virtual sports and esports bets available too, as well as extensive live streaming options and plenty of great In-Play betting.

Remember too you can enjoy lots of betting on the Premier League and other soccer events at a number of sites in the United States. Natives of Indiana for example can use the BetRivers Affiliate Code “HOOSIERBONUS” when signing up using the link to enjoy a wide range of sports betting opportunities on that site.

Let’s now take a look at the games scheduled to take place this weekend in the Premier League and bring you our tips for each.

All kick off times shown are 3pm on Saturday unless stated and all odds are correct as of 1pm on Tuesday 28th January with bet365.

Second takes on fourth on one of the biggest games of the weekend. Leicester’s recent blip in

form was ended with a win over West Ham last time out in the Premier League and after playing their Carabao Cup semifinal in midweek, they will want to follow that with a good performance here against a Chelsea side that have struggled for consistency of late.

Frank Lampard’s team is talented but they are not picking up results and with injuries to key men, notably Tammy Abraham, they could find this a very tough place to pick up a win. This will be close but I am backing Leicester City to pick up the win by a 2-1 scoreline at 10/1.

This game is the very definition of a relegation six-pointer, with Bournemouth in 18th and Villa in 16th but just two points separating the teams. Bournemouth ended a long run of defeats last time out with a key win against Brighton and they will know nothing less than three points here will suffice.

Villa have picked up four points from the last six available to move out of the drop zone and they have made a few signings in the window to try and improve their situation. I do feel this is a big ask for them though especially given the key players missing through injury. Expect Bournemouth to pick up a narrow 1-0 win here at odds of 9/1.

These two sides have seen goals at somewhat of a premium over the course of the season. Only Watford have fewer than Palace’s 22 goals, while Sheff Utd’s 25 is not much greater, and with both sides having excellent defences (23 conceded for the Blades, 28 for the Eagles), this looks like being a very tight game.

I can’t really make a convincing case for either to win the game and if that is the case, then a draw is more likely and in truth, a 0-0 seems to be the more obvious option than a 1-1 draw, so I am taking a scoreless draw here at 11/2.

After playing at West Ham in the week, Liverpool head back to Anfield for the first time in a 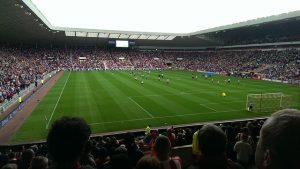 while to take on Southampton. A win over West Ham in midweek would see the Reds move 19 points clear at the top of the table and having come through a difficult run of games without defeat in January, this puts them in a super-strong position in the league.

Southampton are in decent form themselves and have won three of their last four to move up to 9th in the table. They will not make this easy for Liverpool in front of their own fans here but even so, I would expect Liverpool to run out winners. Back Liverpool to win the game 2-0 at 7/1.

Both these teams could do with a win, but Norwich’s need is more pressing than Newcastle’s at the moment. However, given how many goals that the Canaries ship on the road, and their general record away from home this season, it is hard to see them getting much against a Newcastle side that have a good record at St James’ Park.

Steve Bruce’s team have gone three games unbeaten in the league and they are now seven clear of the drop zone. Another win here would help them out massively and that is precisely what I feel they will get for their home fans. Back Newcastle to win this one 2-0 at 11/1.

These two teams once met in an FA Cup Final in 1984, when Everton ran out 2-0 winners and over the years the Toffees have enjoyed fantastic dominance over Watford. However in recent seasons, the Hornets have won all the games at home against Everton (over the last three seasons) and Nigel Pearson will be hoping his team can do the same again here.

Everton are yet to really find their feet under Carlo Ancelotti and while results have generally improved, they are still some way off being an ‘Ancelotti team’. I feel that gives Watford a chance here and given that they dropped back into the relegation zone last weekend, I can see them putting in a big effort here to secure the win, Back Watford to win 2-1 at 11/1.

After facing Liverpool in midweek, West Ham welcome Brighton to the London stadium in 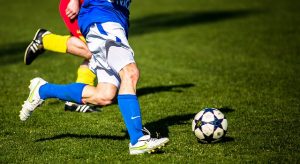 what is now a crucial game for both these teams. The Hammers, at the time of writing ahead of their game with Liverpool, are now in the bottom three and after being dumped out of the FA Cup last weekend, the pressure is building already on David Moyes.

However, Brighton are just two points ahead of the Hammers and a defeat here would mean five games without a win for the Seagulls and could see them drop into the relegation zone, depending on results elsewhere. However, I feel of the two teams it is Brighton who are looking the more consistent of late and I am backing them to snatch a narrow 1-0 win here (10/1 with bet365).

This will be the third time these two teams have met since early January and in the 3 games they have played this season, two have finished in draws with United narrowly winning the FA Cup replay between the two.

I don’t feel that will worry Wolves unduly to be fair. The visitors actually have a better record of the two against each other over the last six games or so and they certainly have the quality to cause United problems on the counterattack. United should take confidence from their big FA Cup win against a poor Tranmere, but Wolves are a different problem altogether.

As such, I am backing this one to be another close call and I feel that a 1-1 draw is the most likely outcome at 6/1.

Two wins on the bounce has seen Burnley move level on points with Arsenal on 30 from 24 games. The Gunners have lost just six this season, only Man City and Liverpool have lost fewer, but they have drawn half of their games, which has been their real problem.

Sean Dyche’s team are very strong at home and although Mikel Arteta does seem to be getting some better performances from his Arsenal team of late, I am not yet convinced they are anywhere near the real thing. I expect this to be a real battle between the two teams and I feel a 1-1 draw at 6/1 with bet365 is the best bet here.

This is a start of a tough period of games in the Premier League for Manchester City during which they will face Spurs, Leicester, Arsenal, Man Utd and Chelsea before their game with Liverpool, as well as two legs against Real Madrid in the Champions League, City will want some revenge for dropping two points against Spurs in August in a 2-2 draw, in a game that they totally dominated.

With Christian Eriksen seemingly on his way to Inter MIlan and Harry Kane out injured, Tottenham’s goal threat has been severely diminished but the likes of Hyeong-min Son and Dele Alli do have a knack of scoring key goals, especially against today’s opponents.

Tottenham need to put together a run of results to give themselves a realistic shot at a top four or even top six finish but I can’t see that happening here. In fact, I can see Manchester City winning this one relatively comfortably.  Back City to win this game 2-0 at odds of 9/1 with bet365.