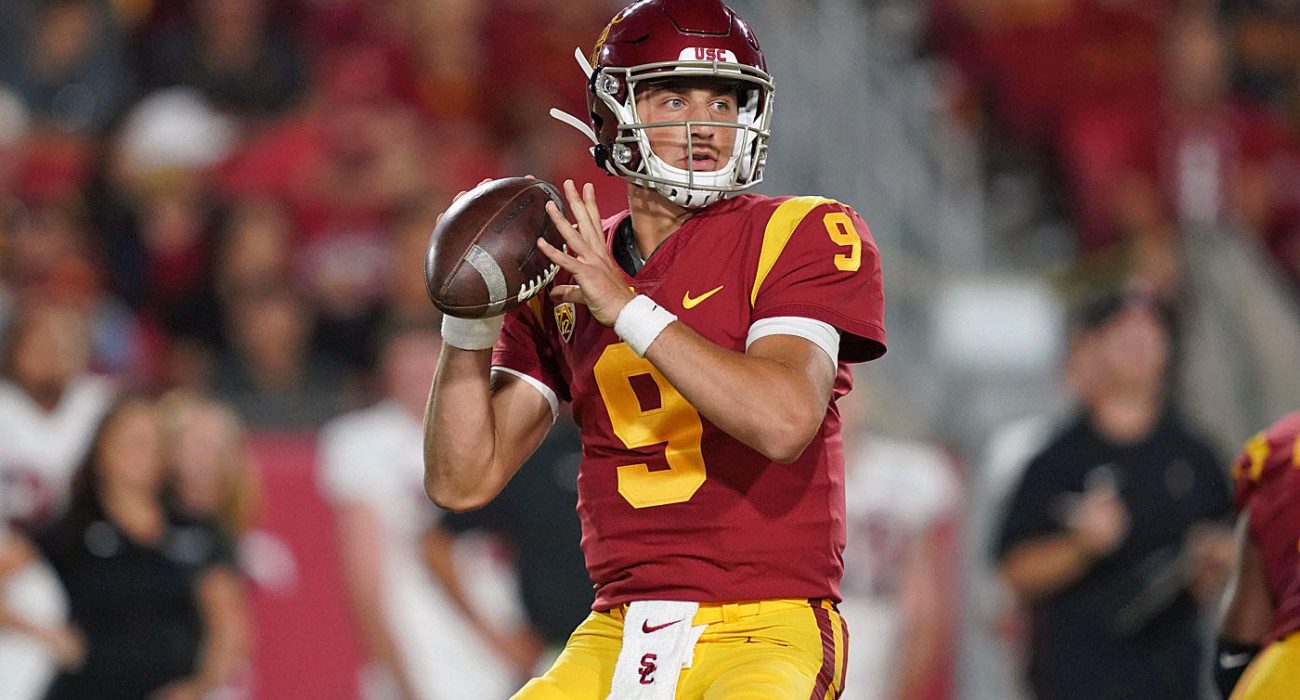 College football bowl season is here, and the first of 41 games is set to kick off this weekend. With so many games available to bet on, there is the real potential to win some money during bowl season.

It is also important to show some patience and restraint and wait for the best betting opportunities. We have picked the five games we like the best, and we are calling them the “Must Bets During 2019 College Football Bowl Season.”

Take a look at each game, and our betting pick and prediction for each.

USC features an explosive offense led by a freshman quarterback, and the Iowa Hawkeyes have a terrific defense that is filled with veterans. The winner of this game is going to be the team that establishes its identity, but bowl season is usually full of offense.

Iowa is going to be ready to defend the Trojans in this game, but quarterback Kedon Slovis is not an easy man to stop. Iowa just doesn’t have the offense than can keep up in this one. Look for the USC Trojans to throw their way to victory in the Holiday Bowl.

Take the +2.0 points and pick the USC Trojans over the Iowa Hawkeyes.

Memphis comes into this game with a record of 12-1, but it is also losing its incredible head coach. Mike Norvell is moving on to Florida State next season, and he is leaving behind a talented group at Memphis.

Penn State finished the year with a record of 10-2, and it looks like a national title contender next season. The Nittany Lions can score points in a hurry, but their defense is going to win them this game.

Memphis will be upset about losing its coach, and its focus will not be there. Penn State is going to use the Cotton Bowl to springboard it to a huge 2020 season.

The first semifinal game of the College Football Playoff will pit the LSU Tigers against the Oklahoma Sooners. LSU is the No. 1-ranked team in the country, and its offense has been unstoppable this season. Heisman Trophy winner. Joe Burrow completed nearly 80 percent of his passes, and the Tigers throw the ball a ton.

Oklahoma has had some major issues on defense this season, and that’s not going to make this matchup easy. The Sooners will try to outscore the Tigers, and that strategy just won’t work.

Quarterback Jalen Hurts is capable of making plays with his legs as well, but LSU is just too good. Oklahoma’s offense will keep this game closer than the spread, but the Tigers won’t really feel threatened.

The Tigers win this game, but look for Oklahoma to keep it within two touchdowns. Take the +14.0 points and the Sooners in this one.

One of the best games of college football bowl season should be the matchup between the Clemson Tigers and Ohio State Buckeyes. Both of these teams have terrific offenses, and their defenses can really get after opposing quarterbacks. Expect a high-scoring affair in the 2019 Fiesta Bowl as these two teams are both terrific.

Ohio State quarterback Justin Fields has had a monster first year in Columbus, and the Buckeyes can really score. Running back JK Dobbins is a game-breaker as well. Oh, and Ohio State has defensive end Chase Young, who is the best defensive player in the country.

Clemson still has a dynamic duo of Trevor Lawrence and Travis Etienne, and the Tigers are going to get their points also. The Tigers are the defending national champions and are perfect so far in 2019. Clemson had a new defensive line this season, but it has still held opponents to less than 13 points per game.

This game should be close, but Ohio State is the better team. Take the +2.0 points and pick the Buckeyes in this one.

The annual Rose Bowl game is always highly anticipated, and this game should be terrific. Wisconsin had an interesting 2019 that saw it have some impressive wins but also some really bad losses.

The Badgers are led by running back Jonathan Taylor, who will leave school with a ton of records to his credit. Wisconsin also has a terrific defense that gave up just 16 points per game.

Oregon comes into this game with a ton of momentum after stunning the Utah Utes in the Pac-12 Championship Game. The Ducks were also great on defense this season, allowing just 15.7 points per game. Quarterback Justin Herbert is a future NFL talent, and the Ducks can score points in a hurry.

Oregon is winning this game, and taking them at +3.0 is a must in the Rose Bowl.